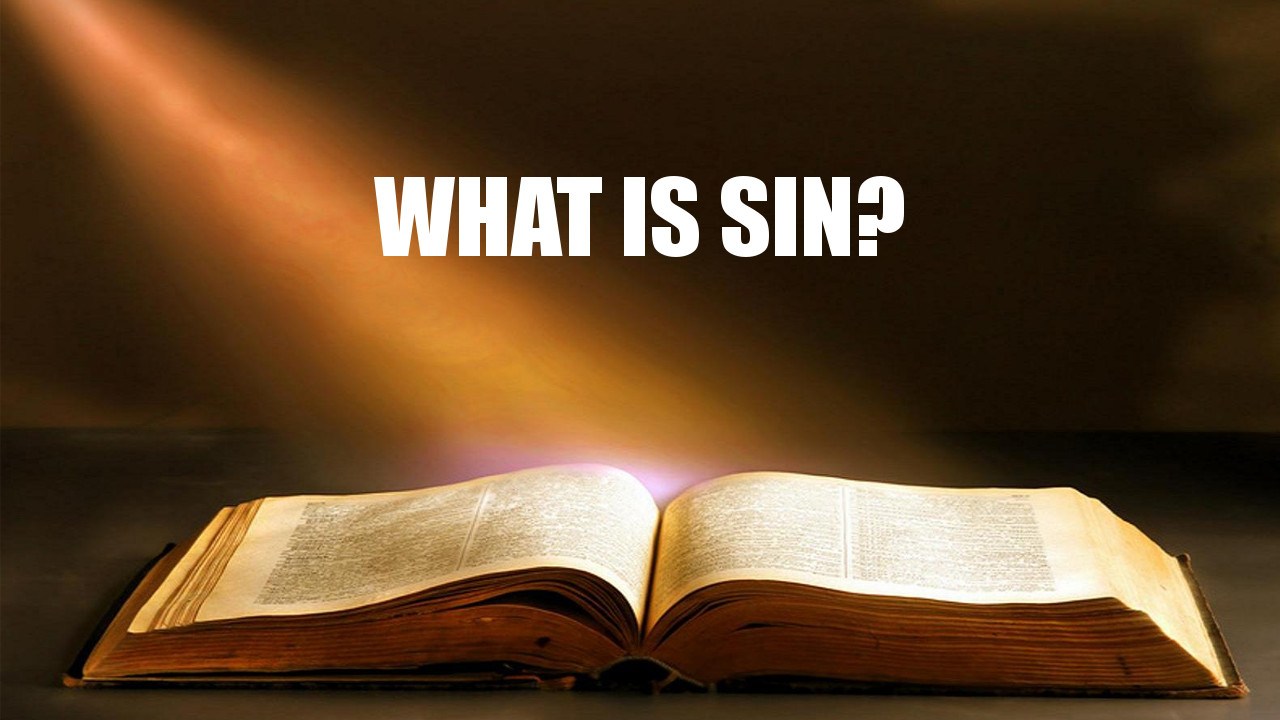 In these days, people talk a lot about evil or evils in society, wrongs in society, etc, and talk less about sin. Sin and evil are not the same thing because sin is a specific kind of evil. It is an evil done against God and therefore it is a moral evil. Sin is the result of a free but evil choice of man to go against the law of God. To state specifically, sin is doing, saying, thinking, or imagining anything that is not in perfect agreement with the mind and law of God. In biblical terms, “Sin is the transgression of the law” (1 Jn. 3:4). It is a violation of God’s law which is just and holy and good designed by Him to keep us within the bounds of duty. Thus, sin is rebellion against God, the determination to have your own way (Isa. 53:6). Are you like that?

It is a common experience all over the world that people everywhere commit sin. Even as nations advance in technology and attain high standards of living, the one thing they are not able to conquer is sin. For example, in many developed countries prostitution is legally allowed simply because they cannot get rid of it. This is mere defeat and great sin in the eyes of God.

One may care to ask, where did this evil called sin come from? The Bible teaches clearly that the first sin began with the disobedience of Adam and Eve when they ate the fruit which God had forbidden them to eat (Gen. 3). In this way, Adam sinned both as the father of the human race and the representative head of all his descendants. Therefore the guilt of Adam’s sin and its pollution is passed to all his descendants. Adam’s sin is the sin of all people (Rom. 5:12). All manner of sin committed by all people everywhere is the direct result of Adam’s first sin transmitted to them by natural descent. We sin because we have sinful hearts inherited from the effect of Adam’s first sin.

Now, let us consider together the effect of the first sin of Adam on himself and all his descendants, including you. Look at the verses and add more verses using a concordance or cross-references if your Bible has them.

The first sin at once spread through the entire man leaving no part of his nature untouched. This utter corruption of man is taught in the Bible (Gen. 6:5; Ps. 14:3; Rom. 7:18).

There was an instant loss of communion with God. In other words, Adam lost the image of God which meant the loss of original righteousness. He thus broke away from the real source of life and blessedness and this resulted in spiritual death (Eph. 2:1,5,12; 4:18).

There was a consciousness of uncleanness which expressed itself in the sense of shame and desperate effort to cover their nakedness. There was also a consciousness of guilt which resulted in the fear of God and on an attempt to hide among the trees of the garden (Gen. 3:8).

Adam and Eve were driven from the garden of Eden and condemned to a life of toil and sorrow until they died (Gen. 3:23-24). They were also prevented from the tree of life which was the symbol of eternal life if they continued to obey God (Gen. 3:24).

All the consequences described above apply to all people everywhere. This explains why people of all sorts in all places commit sin and are unable to put a stop to all the evils in the world including environmental problems (Gen. 3:17; Rom. 8:21-22). But thanks be to God for giving us His Son, Jesus Christ, who “is able to save to the uttermost those who come to Him” (Heb. 7:25).

Repentance Is A Must For Salvation